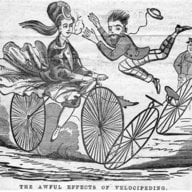 I had set my carb macro goal to 60g, tracking total carbs. I started to learn about net carbs, and decided to use this instead. Obviously (I think it's obvious?), when you change to net carbs, it no longer includes fibre, so my goal would actually drop a little. But what happens when I change from total carbs to either of the net carbs options, the gram total for carbs automagically jumps to more than double, 130g.

I first thought this meant I did not understand what net carbs meant, but the same thing doesn't happen on the website, so I assume it's a bug.