Option to update recipes only 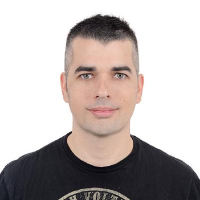 The Problem
I have food I cook weekly that is a combination of other recipes that I make, such as Taco Seasoning and Taco Meat, where Taco Meat uses Taco Seasoning, with Taco Salad and Nachos using Taco Meat.

Currently when I update one of the base ingredients, such as Taco Seasoning, I get the option to either update everything (diary entries and recipes) or not update anything. Generally I don't want to update my diary entries from the previous weeks of eating this batch, but would like to update the recipes that use Taco Seasoning.
Right now I have to decline updating everything, then go into each recipe, and downstream recipe such as Taco Salad, and update those by removing the ingredient and adding it back in.

A Solution
It would be very useful to have a choice to recursively update recipes only, or update all. This makes upkeep whenever I make a new batch much easier, and would help avoid accidentally updating diary entries when I didn't want to.
This would look like a third choice added to the current popup. Continuing my Taco example, updating Taco Seasoning and choosing update recipes only would update Taco Meat, Taco Salad, and Nachos.

Possible Stretch
As a stretch goal, maybe have update enumerate the entries to update and allow me to select which ones to update, but this would be nice, but the ability to choose recipes only for update is the key and is what I would use most often.