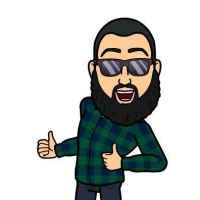 I recently made the jump from MFP and was playing around getting all my integrations setup and while getting data to feed from Fitbit into Cronometer was simple, just connect the apps and allow access then my Fitbit data feeds into Cronometer without issue, seeing my calories from Cronometer in Fitbit not so much. After revoking access and resetting it up multiple times I came across the article below:

While this outlined the steps I had already taken in regards to Fitbit with no success, I noticed that it said it pulls the data for the device software. I went into my apps settings (I am using a Samsung Galaxy S20 btw) and checked both Fitbit and Cronometer and checked the permissions and they had the permissions that were authorized when I setup the app like body sensors, camera, Fitbit had location and phone, but both had device storage denied, so I updated both to allow access to device storage and everything worked. When first setting up either app I was never prompted to grant access to device storage. I don't know if that is a bug or if there was an issue local to my device, but I thought I'd share my findings incase anyone else is facing the same issue.