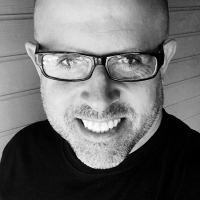 Well, this is the third bug I've found in as many weeks — one for each release. Which is a lot in three weeks. Did the original owner of the site/application sell it? Is there a whole new team, recruited from a quasi-FB, where a new weekly release — with whatever features are deemed cool and prioritized on a whiteboard — is the new reality? The release schedule, combined with the big new social media presence makes me say yes.

In any event, the new "note editing dialog" doesn't "seem" to like the "%" sign. Which for notes on Cronometer, is... reasonably likely to be used. I say "seems", b/c even though an error gets thrown, the note still gets saved in the background.

1) Create note with a % sign
2) Try to save the note
3) "There was an unexpected error saving your note" error dialog pops up.
4) Close the dialog.
5) Move back/forward a day, then back to the day you "tried" to add the note.
6) Instead of save failure, the note is there as intended, with "%" symbol intact.

P.S. If you're looking to round out the QA team, I'm available: https://standardresume.co/chrisrusho