Hi there
Just reviewing the last few days and for two days I see significant negative calories, see below 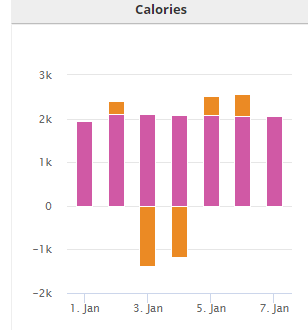 Could you explain how this is calculated & what the graph means? I am wearing a Garmin Vivoactive 4, and have Cronometer activity level set to zero, so all active calories burned are imported straight from the watch.