What is the adequate intake of antioxidants ? 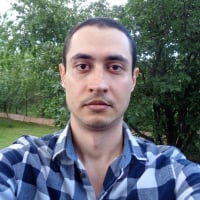 I know that ORAC (Oxygen Radical Absorbance Capacity) values are measured only in vitro and it may not produce the same effects in the human body, but some believe that ORAC does provide valuable information.
I started researching on the internet for a adequate intake of ORAC and I found 2 different recommendations:
1. Some say 8000-11000 umol:
https://nutritionfacts.org/2014/12/04/how-to-get-enough-antioxidants-each-day/
https://researchgate.net/Plasma_Antioxidant_Capacity_Changes_Following_a_Meal
2. Others (Dr. Ronald Prior of the USDA) say that intakes greater then 5000 umol are excreted in the urine:
https://naturalbalancefoods.co.uk/community/healthy-living/the-orac-system/
Who can I believe ?