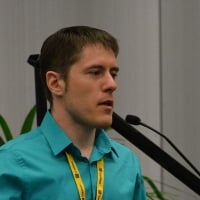 I've been using Cronometer for two weeks, and even though I love the accuracy, the truth is that logging foods is cumbersome to the point of being irritating, and worse than in MFP.

Every single time I want to add a food I had a few days ago, I need to either remember its exact brand in Search to distinguish it from all others, or cherry pick it from one of the previous day (which one? I can't Search in my own log).

Fortunately, there's an easy way to fix this, and I've recorded this screencast showing exactly how: put the recent foods first in search results.

What most people eat in a day, especially people who use Cronometer for weight management, is something they've eaten in the past several days, for two major reasons:
1. People like to eat what they like
2. That's what's in the fridge/pantry. I buy a particular carton of milk, have a cup for breakfast, there's still 7 cups left.

I guarantee that this will make the process of adding foods way faster, for all users. Sorting by frecency is a well-established heuristic, employed by all browsers whenever you type something in the address bar. Please implement it - it will save users tons of time.