Would be great to have a side-by-side comparison of different foods, maybe 4 at a time, and such that you can change the serving size on each. For example: acorn squash (100g) vs butternut squash (80g) vs pumpkin (70g) vs salmon (50g). Maybe as a sub-tab under the food search.

Please let me set grams as the default units.

I weigh all my food before entering it. Nearly every single time I select a food item, I have to enter the Serving Size menu and select grams. This wastes an enormous amount of time. I'm finding Cronometer very helpful, but I really need to be able to set the default serving size to grams.

Re: What integration would you like to see next?

Another hat in the ring for a public facing API. Even if it's just a simple REST API to grab your csv files (that we can export from the web UI anyways). I can write a web scraper but it sure would be nice to just have a simple interface. 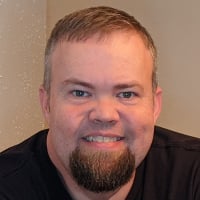 Re: What integration would you like to see next?

Just a public API please. I just want to be able to regularly pull my data into other places. 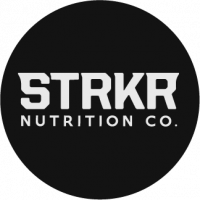 Re: Chronometer or Myfitnesspal?

My two cents, I've used both fairly extensively at this point, though Cronometer for a lot less time.

MyFitnessPal's food database has become both it's biggest strength, and one of it's biggest weaknesses. It has millions of items, but a vast majority of them are user generated, and as a developer myself, you can't trust your users to enter accurate data. Many listings in MFP will be way off base calorie wise, which if you're following it closely can lead you to under or over eating, while thinking you're doing the right thing. I also often find that even in the macros are correct, things like sodium are often not listed. MFP also has strengths in it's community and forums, which are huge and very active, but you can also participate there if you're not tracking with the tool. There are also other issues, such as site stability and the constant crashing and erroring that has been plaguing the site for a very long time. Under Armor does not appear to want to invest in their own platform, and I've even heard rumors of it being sold off.

Cronometer has a smaller, but much more accurate system. This ensures that what you do find, you can trust to be accurate. I've submitted corrections due to product formula changes and have them approved the very same day. I've actually paid for Gold recently, as I feel the tool is worth the $3.33 a month that is costs for the yearly subscription. It's also a smaller company, so they have less staff and developers, but they do seem responsive and to actually focus on what people ask for. The community focus is much smaller, and the forums are pretty hidden, but since I consider the tool more important than the community it's the best fit for me.

I am a 63yo morbidly obese male and I have been on the carnivore diet for 13 months now and could not be happier. So far I have lost 49kg (108 lbs) when I weighed myself at the end of December (I only weigh in every couple of months). At that point, I had been averaging a weight loss of about 1kg (2.2lbs) per week. Nothing has changed in my life or diet so I expect that I have continued that trend demonstrated by having to put new holes in my belt!!

It is worth noting that I have several medical issues including my heart which prevents me from doing anything much in the way of exercises. Thus, my life is very sedimentary however I am still losing weight. Because of my medical issues, I am monitored by three separate doctors; one being a heart specialist and they are genuinely amazed at how my body is healing itself and that I am receiving all of the nutrients and macronutrient, vitamins and minerals my body requires from just the consumption of meat. This is regularly verified by quarterly full panel blood tests.

Besides the weight loss, my mental clarity improved almost immediately upon commencement of the diet. An example being, I can now remember things without having to make notes to myself. Honestly, it felt like a dense fog was removed from my mind.

I cannot say enough good things regarding this form of diet. It makes evolutionary sense about how our bodies and digestion systems evolved on a meat-based diet. Carbs & sugar are 'mans' input pushed by big agriculture and have no value or place in our diet. The carnivore diet just works!! 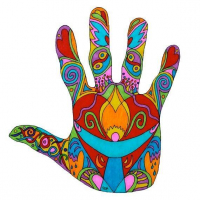 I am curious if Cronometer has considered implementing a food sensitivities section based on the food entries used from NCCDB data source?

It would be nice to see how much traces of oxalates, lectins, histamine, FODMAPs, gluten etc are found in the quantity of foods that one may consume to troubleshoot if they are consuming too much of something based on symptoms.

I realise this would be an epic project to implement, has it been considered?

Re: Is there a way to bundle commonly eaten meals?

@greenwhy5000 you can breakdown your recipe in your food log!

Right-click the recipe in your diary and choose 'Explode Recipe'. This will show all the ingredients in your diary, so you can make any adjustments you need without changing your original recipe.

We are inviting anyone and everyone who is interested to be part of our mobile beta program. By being a beta tester you'll get access to new features before they are released to the public, plus you can provide feedback that will help steer the direction we take the app. We would love for you to get involved!

If you are interested in participating, please send an email to [email protected] and we will get you set up.

In your email, please include the following information:

Recruitment is ongoing, so feel free to reach out whenever you like!

IS THERE A WAY THAT WE CAN TRACK THESE IN THE FOODS LIKE WE DO FOR MINERALS / VITAMINS... IT WOULD TRULY BE HELPFUL FOR US WHO ARE PRONED TO GETTING KIDNEY STONES.